“Americans love to fight. All real Americans love the sting and clash of battle. When you were kids, you all admired the champion marble shooter, the fastest runner, the big-league ball players and the toughest boxers. Americans love a winner and will not tolerate a loser. Americans play to win all the time. That’s why Americans have never lost and will never lose a war. The very thought of losing is hateful to Americans. Battle is the most significant competition in which a man can indulge. It brings out all that is best and it removes all that is base.”

America’s unrivaled military power today is both a blessing and a curse.  The nation was forged violently at birth during the overthrow of the British government.  The Revolution drew on the rugged frontier culture of the colonial times.  That culture is deeply ingrained in U.S. DNA to this day.  The Redcoats left because the rebels butchered them up lovely, not because of any respect for the principles of the revolutionaries.  An unbroken string of average Americans from 1776 till today, deep down inside have  never stopped believing that butchery is the answer to any external threat.  Therefore, Americans have always elected leaders from both parties who support a strong defense, while the most powerful military machine in the world is made up of volunteers only.

Unrivaled military power is a blessing because the United States won’t suffer the ignominy of a military defeat anytime soon.  But the curse is just as considerable and profound: as a giant hammer, the United States looks around at the world and sees a bunch of nails.  The great paradox of our time is that the gravest threats are far more complicated than nails that simply require a good pounding.  Islamic State in the Levant (ISIL) is a prime example.

ISIL is an infection that ironically grew out of two good things: the removal of Saddam Hussein, and the weakening of Bashar Assad.  Its fighters are like bacterial cells, dug in deep within towns and villages, often with the support of the local populations., nearly indistinguishable from civilians.  The patient is the Middle East.  Clearly the patient has seemed incapable of handling this disease on its own, or preventing it from spreading to other parts of the world.  The Middle East needs a doctor.  While America can amputate parts of the patient or remove entire organs with great ease, it is incapable of curing the infection.  To keep the analogy going, the patient needs antibiotics (political solutions) and the only superpower on earth has inadequate  offerings on this front.  Only rudimentary surgery.

This is not to say that the United States is not desperately, even heroically trying its best to use diplomacy.  Rather, the facts show that this diplomacy has been under-resourced and ineffective at resolving the political dysfunction that is the lifeblood of ISIL.  ISIL is an infection, not a nail.  America is a hammer, not an antibiotic.  America can overthrow regimes such as those of Saddam, the Taliban, or Qadaffi in battle without breaking too big a sweat; the real problem arrives when trying to handle what comes next. A more robust American diplomacy would organize the Arab League to handle this ISIL job and other terrorism more effectively.  But there is no hope of this happening now.

The U.S. martial footprint is still extremely large in the Middle East. ISIL’s power is in fact directly correlated to the size of this footprint.  Bases and patrols of American troops roaming the desert are targets.  They are useful for propaganda, especially because the U.S. military stumbles often and upsets the civilian population, and sometimes harms it on accident.  American soldiers are also useful for battle practice, creating new legions of veteran warriors on the bad guys’ side.  Good intentions account for little in this part of the world.  As the footprint got bigger due to the US invasions of Iraq and Afghanistan, recruitment for Al-Qaeda and other terrorist outfits that begat ISIL have benefited for years.  In other words, as the well-intentioned hammer clumsily does its work, the infection continues to grow.

This problem is more structural than partisan in American leadership.  The irony is that President Obama understands all of this better than most, is unquestionably our best option to lead this fight against ISIL, and yet still struggles.  He is doing the right thing by focusing on drone attacks against high-value targets in multiple countries including Yemen, Pakistan, Somalia, and Afghanistan.  Airstrikes against ISIL are effective and much easier to manage than boots on the ground, while resulting in far fewer American casualties.    Yet outright victory is elusive for a reason completely out of this administration’s control: America’s crippling dependence on Mideast oil and gas.

Yes, the answer is that simple.  Stop importing oil and gas from the Middle East, a dangerous operation that requires a constant stream of giant oil tankers to travel halfway across the world and back .  This is made possible by heavy protection from the U.S. armed forces of governments (nearly all dictatorships), wells, rigs, pipes, refineries, overland supply lines, and sea lanes. This presence infuriates the locals and fuels terrorism.  It does not have to be so.  The U.S. is finding more energy reserves right here in North America, and alternative energy technology is gaining momentum.  Meanwhile, Americans could embark on a targeted campaign to use less energy altogether, with more public transit, less energy depleted by homes and business, and better public awareness of the consequences of our bottomless desire for energy.  The economy can easily continue to grow using only a fraction of the energy that it does now.  Every American is involved in the waste.  What could be more patriotic?

Once Americans need less Mideast power, they can also bring home the men and women of the military and focus on securing the always-vulnerable homeland instead.  The reason why they hate  America in that part of the world is extremely simple.  It is because America’s warriors are deep in their homelands, ineffectively trying to assert America’s role in complex blood feuds that have existed for thousands of years between Sunnis, Kurds, Shias, Pashtuns, and a dizzying array of sub-groups within each.  Top that off with several centuries of European meddling that exacerbated the problem, which the Arab Street has not forgotten, and equates with the United States.

The United States should renounce Mideast energy and pack up its armed forces from the region, leaving behind only a skeleton force to deal exclusively with terrorists.  Turkey, Saudi Arabia, Iran, Jordan, and other states in the area have powerful military forces which are largely standing by while America is once again expected to do the heavy lifting.  This is more their problem than America’s.  Let the countries in the area step up on their own to deal with their own problems.  They will never do so while controlling the spigots- of both American energy and American blood . Yes, there will be short-term pain at home and abroad.  Pain is unavoidable with any course of action at this point.

It is time for the United States military to quit the Middle East. 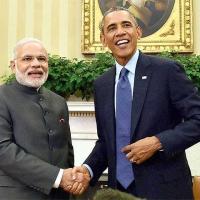