This week usindiamonitor is excited to launch a brand new feature called “Sunday Masala,” a weekly digest of the most important developments taking place now in the US-India bilateral relationship.  Besides quick and unbiased analysis of each issue, Sunday Masala will also present a section called “Trend Spotting” if warranted, to inform readers of critical short or long term trajectories to watch out for in this sphere.  Those of you from the Indian side already know how a masala, or melange of spices, makes South Asian food so special.  We hope the spice on this page has a kick, too.

Sunday Masala is a unique resource, and the only one you will need to stay well-informed of the fast moving, always interesting action in US-India relations week by week. Coupled with vast original content on our website and daily news updates on our Twitter feed, today we also welcome you to the very first installment of Sunday Masala. 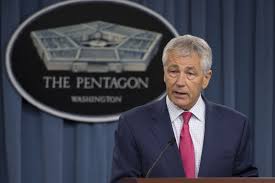 1) DEFENSE COOPERATION- REAL DEAL? U.S. Defense Secretary Chuck Hagel was in India over the weekend to visit Defense/Finance Combo Minister Arun Jaitley, and a juicy tidbit squeezed through the usual chatter about increasing low-level joint military exercises or selling U.S. weaponry to India: Hagel publicly proposed joint weapons development with India, a step that has surprisingly never been implemented before.

The U.S. defense sector is still light years ahead of all others, and India’s industry has a long ways to go, like its military at large.  A proposal appears to be on the table to co-produce and co-develop weapons systems such as the Javelin anti-tank missile, a weapon that has been in a multi-year heated battle with Israel’s Spike missile for the Indian Army’s affections.  Also on the radar for join development is a “big data” cybersecurity system to go after terrorists, amongst other things.

What will the two governments do? Mutual suspicions have led to them never cooperating on badly needed military ventures.  Will the U.S. and India make an unprecedented military deal that may finally create the beginnings of a real security alliance?

2) FOREIGN DIRECT INVESTMENT (FDI)  The above came fast on the heels of India’s cabinet vote last week to allow foreign direct investment (FDI) in the defense sector to rise to 49% from its current 26%.  This would be major news for U.S. companies and would make joint ventures far easier to set up.  Meanwhile, a proposal to do the same in India’s insurance industry seems to be lagging largely due to the machinations of India’s Congress party.

India’s insurance industry is even more untapped than its defense industry.  Indians just don’t buy much of any type of insurance, even for homes, autos, businesses, or life.  95% of the population does not have any insurance as per the Hindustan Times newspaper, much of that due to cultural norms.  Most can now afford some insurance and would benefit- as would the industry and the country.  We shall see.

*** TRENDSPOTTING:  The United States recently overtook Israel as India’s #2 weapons supplier.  Russia still remains #1.  On a related note, Russia also has a far more robust military partnership with India than the United States does, including joint development of weapons.  An announcement on the Javelin or a package including the Javelin would set in motion two trends: the United States solidifying its #2 position, and potential for Russia’s pole position to be in jeopardy in the years to come.  Modi’s swearing in as Prime Minister as these trends gain traction is only part coincidence.

But first, one thing at a time.