Must-watch: Obama’s speech today on terrorism and the actions of the US government to counter it.  An intelligent and thoughtful speech on complex and highly controversial matters.

There was some drama as an activist heckler continuously interrupted the speech beginning at minute 49.  It is very interesting to see how Obama handles the situation, going off-script.

Also of interest were talking points on Islam and partnerships with countries such as Pakistan, Saudi Arabia, and Yemen.  My favorite part was the discussion on bringing America’s longest war to an official end. 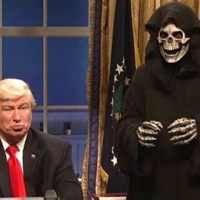